Published by darrinpeppard on January 12, 2018

Why all the negativity? We live in a world where being negative, slamming the ideas of others, or being divisive for our own gain is sadly quite common. Negativity may show itself in organizations in many different ways. Complaining, that endless droning on from Debbie Downer, can suck the energy out of a room in under two seconds. Jon Gordon refers to these people as ‘Energy Vampires’. Dismissing ideas or immediately stating why something won’t work is another timeless classic. My personal favorite, passive aggressive behavior, the eye-roll, or even agreeing to some effort or initiative and then doing the opposite when no longer around the group. Great leaders know that negativity must not be allowed to persist in their organizations. It’s one thing to make the statement, another to actually do something about it. But how do leaders address negativity, complaining, and the like in a manner that can be productive and move the collective forward? Here are few methods I have found effective when dealing with negativity. 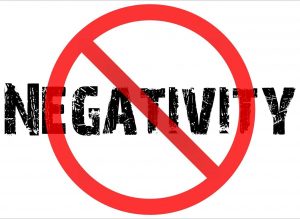 1. Be aware and mindful of what people say and how they say it.

3. Have high expectations, not high hopes.

4. Hold yourself to the highest standard. 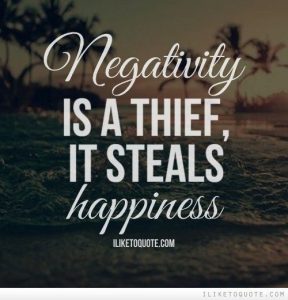