Published by darrinpeppard on June 2, 2022 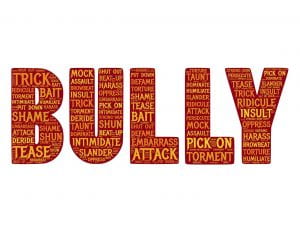 A bully is a person who habitually seeks to harm or intimidate those whom they perceive as vulnerable, as someone they can coerce or put down. Often the bully uses tactics they believe makes them superior to their victim. As a young child I suffered from a severe skin condition known as eczema. When the weather was warm, grasses and flowers were in bloom, my skin would break out in a variety of rashes and hives. It was awful, and not just because of how painful it could be. It was awful because of what some kids would say to me at school or when I was outside playing with my friends. Especially the things my bully would say. Yes, I had a bully growing up. In fact, it was a group of bullies that would team up with the intention of making me feel small, unwanted, and ashamed. Truth is, it worked. Let’s be honest, we have all been bullied at some point in time or another. In fact, we might still be dealing with a bully in our adult lives.

During my 26 years in education, particularly the 15 years spent in school and district leadership, I was frequently asked about how we address students bullying each other. I have put study teams, student advocate groups, looked at and purchased curriculum for classrooms, and installed restorative practices. Yet, bullying continued to be a part of what my students dealt with on a daily or weekly basis. And I think I know a big part of why that happens, the core or root of the problem.

As a superintendent, I had a parent come to me and challenge me to ‘put an end to bullying’. He said he wanted to be a part of the solution, not part of the problem. However, what he refused to see or admit (to himself) was that his incessant gaslighting of others on social media had made him by far and away the biggest bully in our community. When I told him that we had to end the adult bullying if we were to begin stopping childhood bullying, he was shocked and appalled that I would say that to him. He didn’t see what he was doing on social media as bullying at all. Rather, he believed he was simply ‘speaking his truth’. It was a great opportunity to point out that if he really wanted to be part of the solution he was going to need to stop his flamethrowing on Facebook. This basically ended the conversation with him claiming he’d ‘think about it’. His behavior never changed.

Our students will repeat the behaviors they see in adults around them. For this reason, we must stop treating each other in such destructive ways. 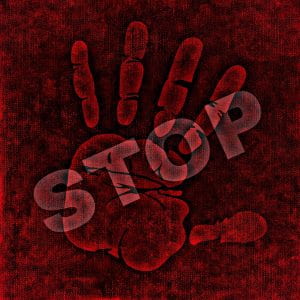 Unfortunately, we have moved to a place in society where the negativity and sharing/posting things about others has become commonplace. The same, sadly, is true of our profession. Far too often teachers will say derogatory things about other teachers to their students. Educator groups can be quite ‘clicky’, they may have claims of being better by being together while excluding others for their own personal gain or to feel better about themselves. Social media only exacerbates the situation, with individuals or a few people coming together to gaslight another professional in either aggressive or passive aggressive posts.

Here is the truth – if we are going to stop the cycle of bullying we must be better as adults. We must focus on what we can control, which is our own choices and behaviors. Don’t engage in derogatory social media posts, don’t even respond. What is the gain? I can’t control the bullying behavior demonstrated every day by our politicians, their lobbyists and special interest groups, the media, etc. I cannot control what others may say on social media, in the press, or to others. I can simply control what I choose to do. And I choose to be positive, lift others rather than pushing them down, and believe in the innate good of the human spirit. Is this toxic positivity? NO, this is me wanting to look for the good in others and moving on from those who no longer align with me, support me, or bring positive energy into my life. Naive? Maybe…Hopeful, absolutely.

It’s time to stop the blame game, stop the negativity, and stop being a bully.

Remember, those who are traveling the #RoadToAwesome 1) focus on what they can control and let go of that which they can’t; 2) rise by lifting others; and 3) change the world one conversation at a time.

Be well my friends